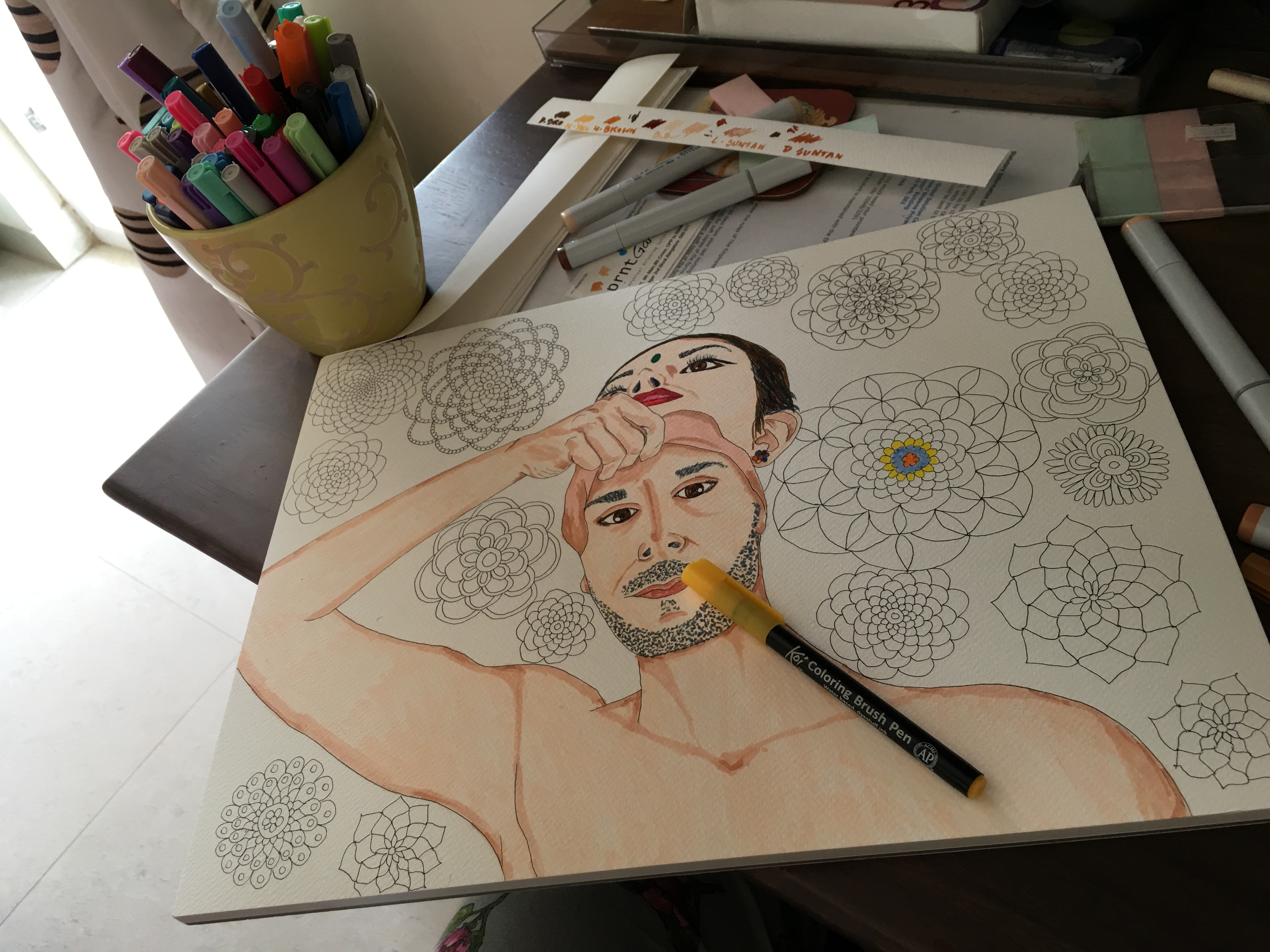 In preparation for my just concluded ‘Project Soulmates’, I had to do a bit of soul-searching/Google-searching. It was interesting to know how so many different religions have such a similar viewpoint on the concept of soulmates.

A long time ago, I had read somewhere that each of us has seven soul mates. When we are born into this world, we are split into seven souls. When all seven come together, a perfection is achieved.

How many soulmates do you know and how did you first realize you had met one? You can view Project Soulmates here.

A soulmate is a person with whom one has a feeling of deep or natural affinity. This may involve similarity, love, romance, friendship, comfort, intimacy, sexuality, sexual activity, spirituality, or compatibility and trust.

Soulmates, Karma and Reincarnation  The whole purpose to be on earth is for your soul to evolve and go back to the light from which it came. In order to do this you must experience “Love” and let go of any fears. We are joined in from lifetime to lifetime by “helpers” who we refer to as “Soul mates”. A soul has no gender as referenced in Hinduism, Buddhism and other faiths.

Just as an individual forsaking torn clothes dons new clothes, so the body-encased soul, relinquishing decayed bodily habitations, enters others that are new. [The Gita II:22]

In Hinduism, the soul mate is refered to as Ardhangini  or the better half. Lord Shiva is incomplete without goddess Parvati and they are worshiped as Ardhanarishwara. It is believed that the soul mate is not two different souls but a part of one soul divided before birth to learn the lessons of life in two different forms of human body and at the time of marriage/union complete each other.

There is a cycle of birth and death in hindu mythology and a similar cycle of time is divided into four yugas or eras. In one complete cycle of time a human being is born seven times or has seven incarnations. This symbolically represents that two souls will be together until the entire existence of life ceases. Soulmates are seen as bonded souls who choose to unite as a couple again and again. They have shared many lives and experiences and both wish to continue the relationship as different people. The deep understanding that exists between these two souls helps both partners grow, develop and reach their full potential. There is also no hard and fast rules about gender – couples can take turns being either male or female.

The term “transgender” or ‘ladyboy’ is rarely used in Thailand. Instead, the common term is, “Kathoey” which was once used to define intersex people, human beings who were born with ambiguous genitalia. Kathoey have become entirely common in Thai society, like everyone else, they go about their daily affairs: working, shopping, meeting with friends, using public transport, visiting the temple. It is important to outline the beliefs of Thai-Buddhism to relate it to kathoey in Thailand.

In Buddhism, there are 4 genders, not only male and female, but also bhatobyanjuanaka and pandaka. Bhatobyanjuanaka originally translated to intersexed, but has now become the common interpretation of kathoey, though there still isn’t an adequate translation of this word. Many later texts would include in this category that people who are not physically intersex may be mentally of another gender, i.e. someone in a woman’s body may feel like a man on the inside.

Pandaka is a little more complex in that in the earliest texts, meant that person belonged to a socially stigmatized class of gay men that dressed as women. However it is still open to which interpretation is the “right” one. Buddhist teachings also hold that the circumstances we live in today are the product of the ways in which we lived our previous lives. Another concept behind kathoey is the result of karma – in particular one was born kathoey as a consequence of some sexual misdemeanor in an earlier life or lives or that they failed to fulfill an expected role in the reproductive process, such as a man not caring for a woman who is pregnant by him. Whatever the reason, it is important to note that the common belief says there is no escaping from the karmic consequences, everyone has been kathoey once in previous lives and will be again in future ones, thus kathoey should be treated with compassion.

In Plato’s story about soulmates in The Symposium, Aristophanes states that humans originally had four arms, four legs, and a single head made of two faces. There were three genders: man, woman and the “Androgynous”. Each with two sets of genitalia with the Androgynous having both male and female genitalia. It is said that humans had great strength at the time and threatened to conquer the gods. The gods were then faced with the prospect of destroying the humans but then they would lose the tributes given to the gods by humans. Zeus developed a creative solution by splitting humans in half as punishment for humanity’s pride and doubling the number of humans who would give tribute to the gods. These split humans were in utter misery to the point where they would not eat and would perish so Apollo had sewn them up and reconstituted their bodies with the navel being the only remnant harkening back to their original form. Each human would then only have one set of genitalia and would forever long for his/her other half; the other half of his/her soul.It is said that when the two find each other, there is an unspoken understanding of one another, that they feel unified and would lie with each other in unity and would know no greater joy than that.

According to Theosophy, whose claims were modified by Edgar Cayce, God created androgynous souls—equally male and female. Later theories postulate that the souls split into separate genders, perhaps because they incurred karma while playing around on the Earth, or “separation from God.” Over a number of reincarnations, each half seeks the other. When all karmic debt is purged, the two will fuse back together and return to the ultimate.   Provocatively, some Cayce readings suggest that in ancient prehistory, such as the times of Atlantis more than 12,000 years ago, a soul could incarnate in a way that male and female qualities were manifested simultaneously. It isn’t clear from the readings what form the physical body took.

In recognition of ‘Project Soulmates’ I was chosen as a finalist at the Orange Flower Awards – Awarded to Digital Creative Superstars to celebrate India’s leading voices! Click here for more.